Meet Grizzy and the Lemmings

In a vast natural reserve in Canada, lost in the middle of the untamed wilderness, there is a small haven of human civilization: the forest ranger’s house. In the eyes of the animals for 60 miles around, it’s El Dorado.

Because he is (from his point of view) the most evolved animal on earth, the BearGRIZZY feels it’s only natural that the ranger’s house becomes his territory as soon as its owner is away. In here, he can enjoy all the modern conveniences that seem to have been custom designed especially for him.

No other animal dares to contest this “bear’s privilege.” except THE LEMMINGS – who also move into the house as soon as the ranger is gone. The possibilities for having fun there are so plentiful!
Thus, Grizzy and the lemmings lead a merciless battle over the forest ranger's house in an atmosphere of total madness, where the two adversaries constantly try to outdo each other with nasty tricks!

Grizzy - Strong as a Bear 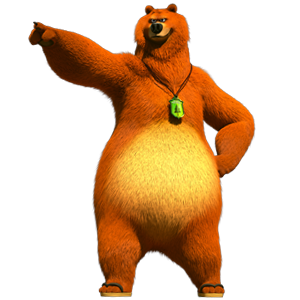 GRIZZY has everything a bear needs to be happy. And like all other bears, in theory, he should have no other goal in life than fishing and taking naps on the rocks.
But since he is the most feared predator, not to mention the most colossal creature in the Canadian wilderness, it seems only natural to him that he should benefit from certain prerogatives – special privileges to which the lower ranking animals in the food chain do not have access.

The Lemmings - One for all 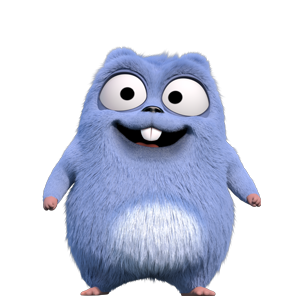 The LEMMINGS are a tribe of around forty identical individuals. At first glance they look like inoffensive little balls of fur. In reality, they are extremely interfering creatures who behave like a gang of stupid, dim-witted teenage pranksters.

The LEMMINGS only exist and move in a group. The «group» for them is not the sum of their individual personalities, rather an entity that is superior to individuals and personal interests.