A naughty teenager, Simmba is an aspiring police officer who fights the villains following his own set of laws. Swag comes to him naturally and he is rarely bothered by any situation or threat. His tongue is his strongest weapon as he spins a web of words around the bad guys getting them confused and disoriented. 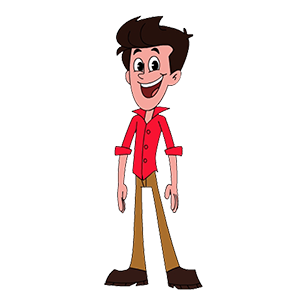 A naughty teenager, Simmba is an aspiring police officer who fights the villains following his own set of laws. Simmba’s finishing move is ‘Jumpy Chumpy’ where he hops onto the villain’s shoulders and starts to play tabla on it. The final hit on the head making them experience short term memory loss. The villains are left with a mark on their body that reads ‘SIMMBA’. 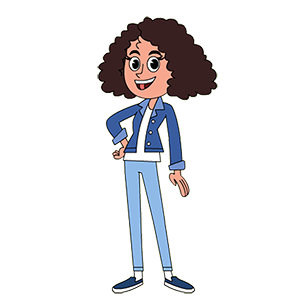 A 13-year old girl, Kittu Khabri an aspiring Journalist/News Reporter. Simmba and Ricky are her best friends. She is extremely curious and nosy. She begins to investigate anything that she finds fishy.

She goes out of the way to help people and is a complete people’s person. But this nature of hers generally gets her into trouble. Strong headed and independent she tries to solve everything by herself. 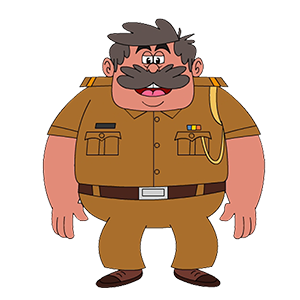 A dedicated Hawaldar all his life. He is now retired and now focuses on grooming his nephew, Simmba, to become a righteous cop. ‘Once a cop always a cop’ Pillu Kaka has a set up on which he keeps a tab on police radios for any information on new cases. He is Simmba's moral compass constantly trying to keep him in check. He wants Simmba to do everything by the rule book but Simmba never listens and that is Pillu Kaka’s biggest problem. 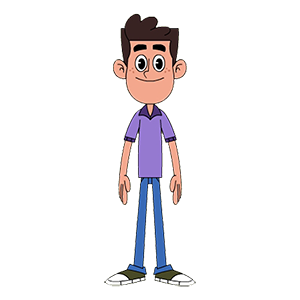 Ricky is a 13-year old boy, he is Simmba’s really good friend and his partner in crime. They play the funniest pranks but mostly the pranks get out of hands and Ricky flees the scene leaving Simmba responsible. Ricky is the same age as Simmba but in many ways Ricky looks upto Simmba for his effortless swag and his ability to bring bad guys to justice single handedly.

Ricky tries really hard to follow his father’s instructions of not hanging out with Simmba but cannot resist it knowing how much fun he has with Simmba. 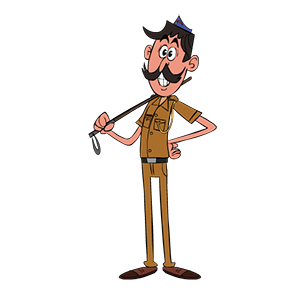 He’s a goofy guy and a day-dreamer. Dholya the perfect example of an opportunist. An active Hawaldar, he seeks for his ‘big break’ waiting to solve a big case. He is Pillu Kaka’s biggest rival at work.

They were best of friends once upon a time but now they are arch-enemies. 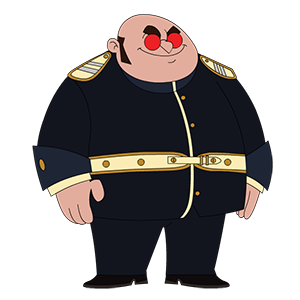 Raaka is the biggest, baddest villain the region has ever seen. Just like Simmba, Raaka’s reputation precedes him. Everyone is scared of his madness and his evil plans. He is constantly looting and taking over the city and unoccupied lands. He has his own gang of goons. He doesn’t get into fights himself as his goons do it for him. Raaka comes up with new schemes and methods to oppress and exploit the poor people. 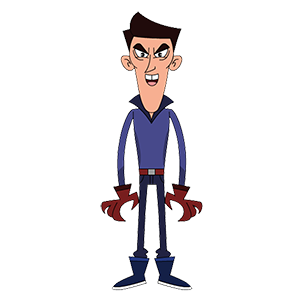 High-tech Hunter is a very intelligent thief. He is an inventor and innovator and keeps making new gadgets to pull of nearly impossible robberies even when the security is extremely tight. Hunter is an ardent collector of valuable items that are of any significant value and is constantly on the look for what valuable item he can steal next. 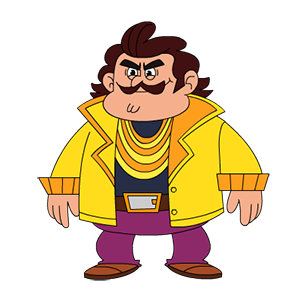 Michael Money is a conman. He portrays that he is filthy rich. He talks in a fake American accent pretending to be a really big-shot NRI businessman. He always comes up with weird schemes to con people and take their money. To get anything important done he just throws money at his men or other people. 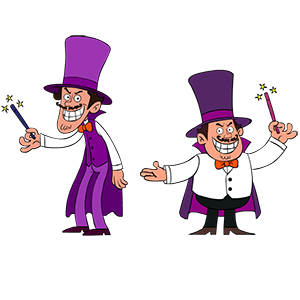 Aadha: Aadha is a dwarf-sized magician thief. Pauna: Pauna is taller than Aadha, he runs the show while Aadha uses his short height to his advantage and steals people’s belongings in the middle of the show. 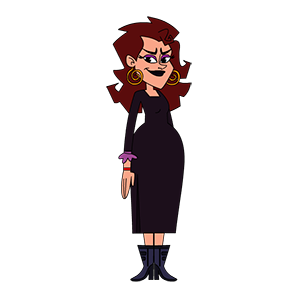 A badass female villain, Teekhi Jalebi's USP is that she sells hot jalebis and uses her charming voice to charm her way through crimes. Her moves are so sneaky that there is never an eye witness for her crimes. She has an agile body and she uses a stick to fight her enemies. Teekhi Jalebi is enchanting, nimble and dangerous! She dresses in normal contemporary clothes. 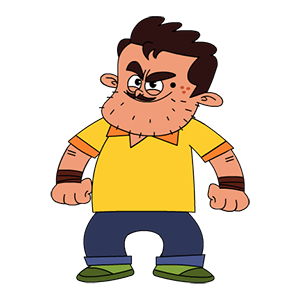 By .1 inch, he is the tallest midget in the midget community hence the name – LambuBouna. He is a small time thief who only steals wallets and anything that is below the waist because his hand reaches only up to that height. He is a scared lad in general and especially scared of going to the prison because he gets intimidated by thieves of regular height. So whenever he gets stuck in a tricky situation where the police are involved, he pretends to be a kid and gets away with it. 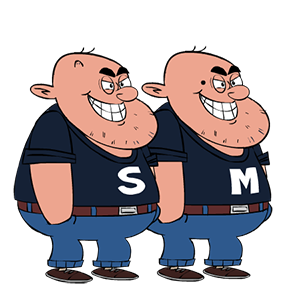 Sunday and Monday are twin brothers who are thieves. They are an epitome of dumbness. They both are coming up with the worst ideas which in their sight seem like ground breaking ideas. They constantly outdo each other with their level of stupidity. They are goofy and accident prone. When things go wrong they start to quarrel among themselves.