The show is about Titoo an eight-year-old boy. No matter how tricky the situation that Titoo finds himself in, he always has a solution, But, when the solution is such that the only one benefitting is Titoo himself, he gets taught his lessons. He stays with his older brother who loves him a little too much and his parents in an apartment complex that is also to the home to his friends who he attends school with. The show follows his various adventures with the other kids as well as teachers in his school and also the kids and adults in his apartment complex, in their slice of life stories complete with exaggerated scenarios of slapstick humour as well as constant highs and lows packaged in such a way that will leave you asking the question 'Titoo Aisa Kyun Hai?' 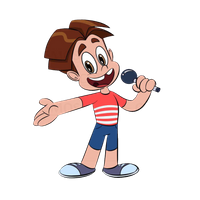 Titoo is the story of 8 year old kid. He boasts that "Titoo-The-Great" can do anything but he doesn't really do anything. Instead, he believes in getting the work done by others. However, Titoo is not useless or lazy, he just finds all of his own work boring, but, he likes interfering in other people's work. He loves people and wants to help them as long as the help required is not in the form of homework. 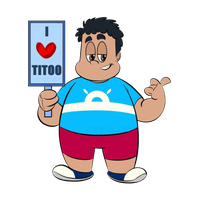 Innocent and powerful. He is extremely overprotective of Titoo to the extent that even if Titoo sneezes he calIs an ambulance. He is always ready to take any punishment that's given to Titoo in the school. He is so concerned about Titoo that even while sleeping he keeps muttering "Titoo ... are you okay?". When Titu kicks a footbalI, Golu checks his leg to see if he is hurt! He is ready to fight against anyone for Titoo, even if it is Titoo's fault. 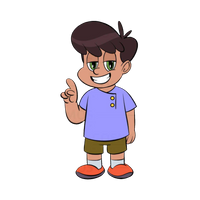 Shlowk is a slow poke. Everything he does, he does slowly. He talks slowly, he cries slowly, he eats slowly and he even laughs slowly. If the teacher asks him to recite a poem, he does it so slowly that the teacher punishes him. He is so slow that when the teacher enters the class, he stands to wish good morning only after everyone has already sit down. 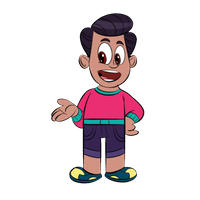 He is over-dramatic by nature and creates drama in everything. Even if he sees a cockroach enter the class, he will start screaming and ask everyone to run. When the teacher scolds him, he always has an explanation. 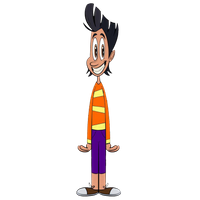 He is a talI and lanky boy who resembles a sugarcane stick. He is so thin that he sways with the wind while he walks. He is a very sweet boy, too sweet. In fact, he is so sweet that when he talks, bees and ants start to gather around him. 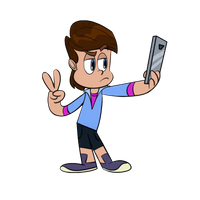 He is Titoo's main rival. He is the son of the society's secretary. He is the topper of the class. This has made him arrogant. He wants Titoo to follow his orders so that he becomes the boss of all the kids in the society, the same way his father is the 'boss' of alI the adults. He challenges everyone to fight but just when it begins, he send his sidekicks. 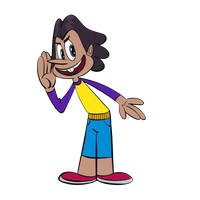 He is Shera's right hand man and he is proud of that fact. He has a habit of manipulating and instigating fights between other students. 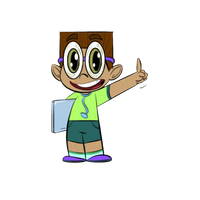 He is a walking encyclopaedia and keeps sharing his knowledge with everyone. He indulges so much while sharing knowledge that he forgets if anyone is even listening to him. 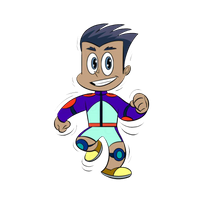 He is fast. He speaks so fast that no one understands him. To slow him down, you need to tap on his shoulder as if it's a touch screen. 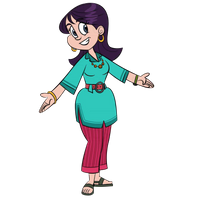 Titoo's mother keeps shouting at him. However, Titoo listens to her from one ear and it all goes out the other. We will show this happening. Whenever his mother is about to beat him up for any reason, Titoo switches the topic of conversation to sales and discounts and his mom forgets the reason she was angry. 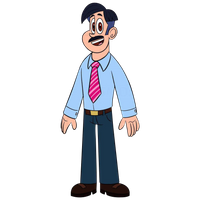 Titoo's father loves him very much because Titoo knows many of his secrets. He keeps teasing his father by reminding him of his excuses for not going for shopping with his mother, not eating something cooked by his mother. 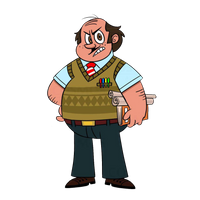 He is the secretary of the society and Shera's father. He thinks he is the only person in the world who knows how things should be done and hence, he goes around teaching the things to everyone by actually doing the things that need to be done. 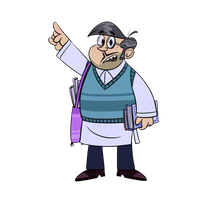 He is Titoo's class teacher. He likes to teach every subject as if it's a game. He is a big fan of Shera since he always tops all the exams. He admires him so much so that when Shera interrupts him to correct something he is saying, he agrees without hesitation since he firmly believes that Shera cannot be wrong. 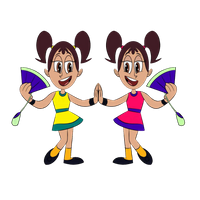 They are twin sisters. They do everything together. They are so well connected to each other that they say the same thing at the same time. They Iaugh together, cry together and are full of fun. They find fun in everything irrespective of the situation. 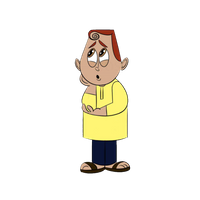 He is a forward thinker. He sees the situation and acts according to what the expected future is. For example, if he has not done his homework and the teacher asks to show it, he responds and just stands on the bench, punishing himself. 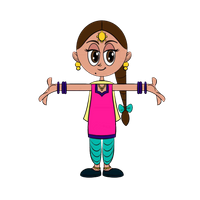 She walks rhythmically as if dancing and talks like she is singing. She talks to her teachers too in this singing voice. 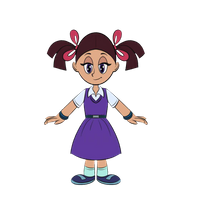 She is an example of a perfect student. She is sophisticated and behaves well with everyone. She walks as if in a parade and eats nothing without her apron on; not even chocolates. She even shows this perfection while crying as she cries at the top of her voice. Then she shows perfection in quieting down as well, wiping off her tears and getting refreshed.